Is canceling my Spinnaker timeshare even an option? How much will it cost? Who can I trust not to rip me off? These are the first questions that undoubtedly come to mind after you’ve decided to get rid of your timeshare for good. While everyone has their reason for wanting to cancel their contract, most people freeze when it comes to choosing how they exit. A life full of undue stress is no way to live. Did you feel like you were a victim of a timeshare scam? Has your financial situation changed? Are you no longer able or willing to use your timeshare and want out? Do not panic. There are still legitimately safe exit options for you. Spinnaker timeshare cancellation is possible, and our expert team can help!

Since, opening its first resort in Hilton Head Island, South Carolina in 1982, the company has expanded to a handful of other locations. Spinnaker’s portfolio includes properties in Hilton Head (8), Branson, Missouri (4), Ormond Beach, Florida (2), and Beaver Creek, Colorado, with a single resort. Compared to other timeshare companies like Club Wyndham and Marriott Vacation Club, Spinnaker is the smallest, owning only 100,000 units.

Real Vacations are not timeshare Traps

While everyone wants to go on a vacation, all timeshare resorts trap. Timeshare sales reps prey on your elevated mood, the dream of beach living, and your creditworthiness. But you don’t have to fall for it. Whenever you encounter a salesperson at a resort, interrupt them, and say no thank you. It is that simple.

Stay at Spinnaker for Less

Secondary Market Places are online websites where anyone may rent timeshares without sitting through a presentation and buying into a contract. So, skip the increasing costs and rent any unit online.

Spinnaker and the Better Business Bureau

The BBB has received a pattern of complaints against Spinnaker Resorts. Note: Spinnaker is not accredited with the BBB.

Bonus Tip: If you have to borrow to buy a timeshare, you have no business buying one.

According to the Spinnaker Association Fee Owner’s FAQs page, there is no Exit Program in place at this time. If an owner wishes to sell their timeshare on a resale market site, they may do so. This leaves owners out to dry as Spinnaker offers no guidance to the cancellation of their contracts. Basically, you are left to figure it out on your own.

Things to Know About Canceling Timeshares

Here is the example Spinnaker gave to compliant owners about why they will pay others’ share. A couple who purchases a boat with another couple is responsible for the ship’s payment and upkeep. However, if one of the couples stops paying their share, the other team is still responsible for covering the ship’s costs. 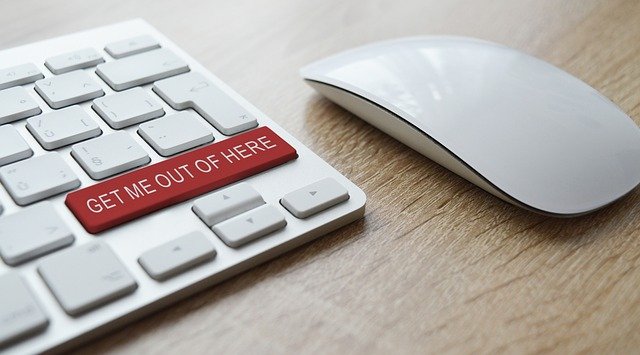 In short, our team at Linx Legal will never pressure you into anything. Instead, we’ll work with you to get your desired outcome. Canceling your timeshare does not have to be scary. Go check us out on the Better Business Bureau website, then give us a call or text because no one should be stuck with a timeshare!